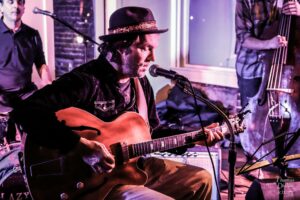 Jay Brown is a lifelong songster hailing from Birmingham, AL.  Jay has spent most of the past 20 years in the Appalachian Mountains playing with Lazybirds and earning a music therapy degree, while also recording and touring to support his solo career.  Music is a way of life for Jay, and it truly shows.  Jay demonstrates his dexterity on the guitar, harmonica, piano, and banjo.  In addition to his gift with instruments, he sings beautifully.  He has yet to make a musical sound that lacks in purity and integrity. 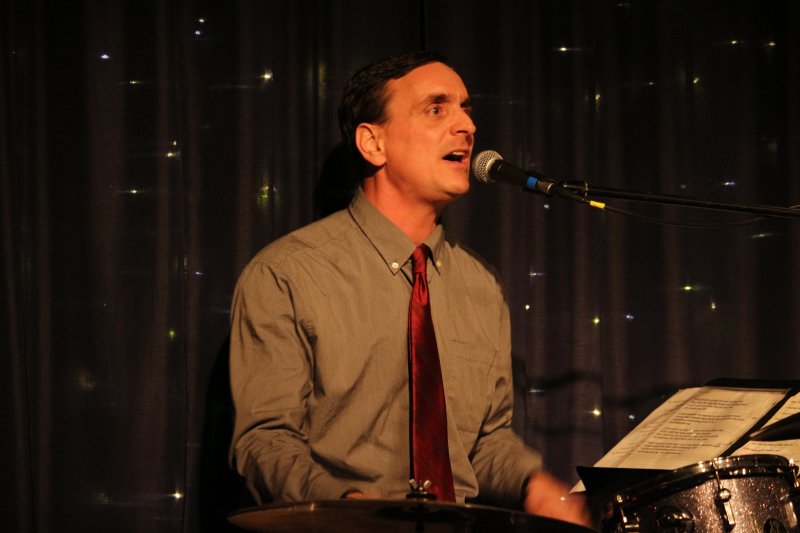 James is also from Birmingham, AL.  A grade school friend and a musical companion of Jay Brown since 1987, they moved to the northwestern region of NC together in 1993.  Here they met Mitchell Johnston and Andrew Christopher, who together founded Lazybirds in 1996.  James is a stellar drummer, who sings while drumming.  That aint easy!  He also is a solo performer, playing guitar and singing, as well as a phenomenal carpenter.

Brad was born and raised in Asheville, NC.  A lifelong immersion in the music from the mountains led him to hearing Lazybirds music along about 2001, and he was immediately hooked. He joined the band in 2017, playing tenor guitar, mandolin, and guitar. He is also a painter/artist running his PopeArt biz in his spare time, whenever he can find some of that. 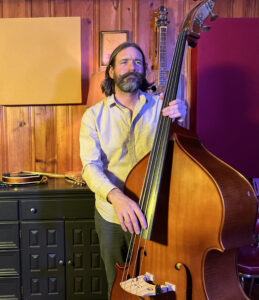 Cas Sochacki is an American mustache ambassador, father, dobro player and bassist.  He began playing dobro with Americana band The Blushin’ Roulettes in the mid-2000’s contributing dobro, lap steel, vocals and bass to the studio release Took to the Country as well as production and engineering on 2014’s Old Mill Sessions.  In 2018 Sochacki formed the Western North Carolina folk quartet The Appalucians with partner Angie Heimann and couple Jay Brown and Aditi Sethi.  In addition to playing with the Roulettes and Appalucians, Cas recently began thumping the double bass with WNC staples Lazybirds, as well as sliding the pedal steel guitar.  All three bands forthcoming releases are being recorded by Sochacki at Farmstead Studio.